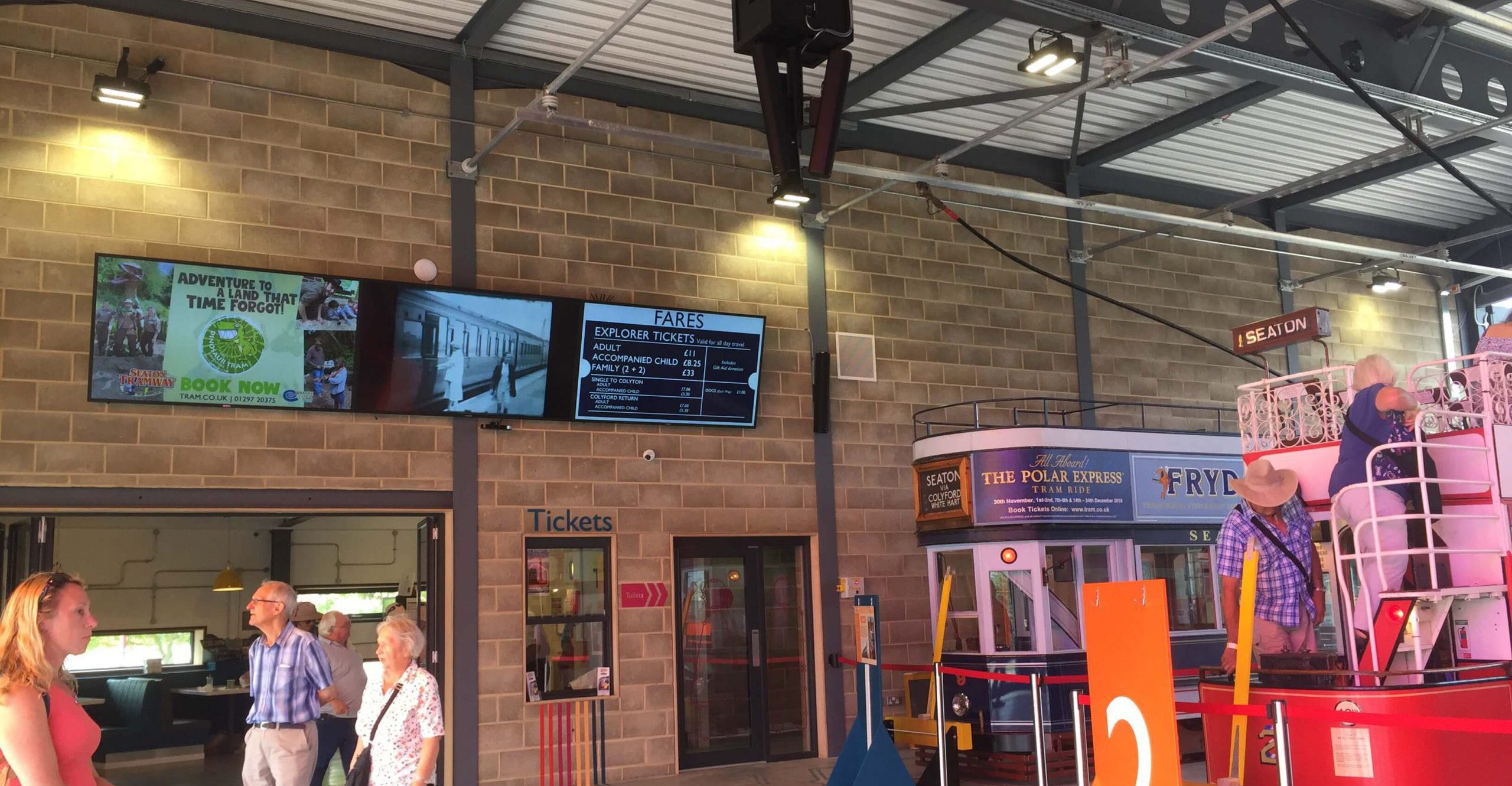 Seaton Tramway is a trading name of Modern Electric Tramways Ltd, formed in 1953 and established at Seaton in 1970 by founder Claude Lane.

The company operates heritage trams across three miles of the Axe Valley between Seaton, Colyford and Colyton.

Ten years of planning and a nine-month build has culminated in the provision of a contemporary facility featuring a café, gift shop and new ticket office, representing a major investment in the heritage tourism economy of East Devon.

H&L had been assisting Seaton Tramway in developing their proposals and securing funding towards the build and fit out of a new £3m tram station/terminus building.

Following the submittal of a competitive tender and subsequent acceptance of our proposals, we were tasked with supplying and installing suitable audio-visual equipment to deliver upon the popular tourist attraction’s aspirations for future growth and an enhanced visitor experience.

These show short trailer films, as well as clearly displaying arrival and departure times for the tram service.

The films may appear on one, two, or all three screens intermittently, providing short snippets of interpretation regarding the heritage of the tramway, whilst promoting themed rides and forthcoming events.

These are designed for 24/7 operation, making them ideal for the rigours of a busy heritage tourist attraction.

BrightSign media players have been fitted to each display, with a master control/remote support PC allowing updates to be managed simply and efficiently over the network.

The main element of the project involved the provision of a high specification public address/sound system. This includes a digital mixer, DSP audio processor and stage box with Dante protocol.

These have been fixed using bespoke flying assemblies manufactured in house by Vaughan Sound.

Audio-Technica wireless radio microphones, beltpacks, and antenna distribution were also provided for public address requirements, as per the client’s specification.

The significant improvements to the facilities at Seaton Tramway will inspire staff, volunteers and new generations of visitors for many years to come.

An ambitious programme of interpretation, learning, training, special events, and long-term activities will see this popular attraction continue to flourish.

Vaughan Sound is particularly proud to have been involved in this key heritage project, assisting the attraction in developing its unique role in connecting Seaton and the Jurassic Coast with the environmental assets of the Axe Valley.

“Now that we can stand in this incredible space which is so much more than a building, so much more even than a tram station. There are many people, too numerous to thank each by name, but who I would like to extend my sincere thanks to for making this happen.”

We can guide you through all you need to know about sound, communications and audio-visual systems for heritage and community spaces and attractions such as Seaton Tramway.

Our designers and engineers are on hand to discuss your requirements. 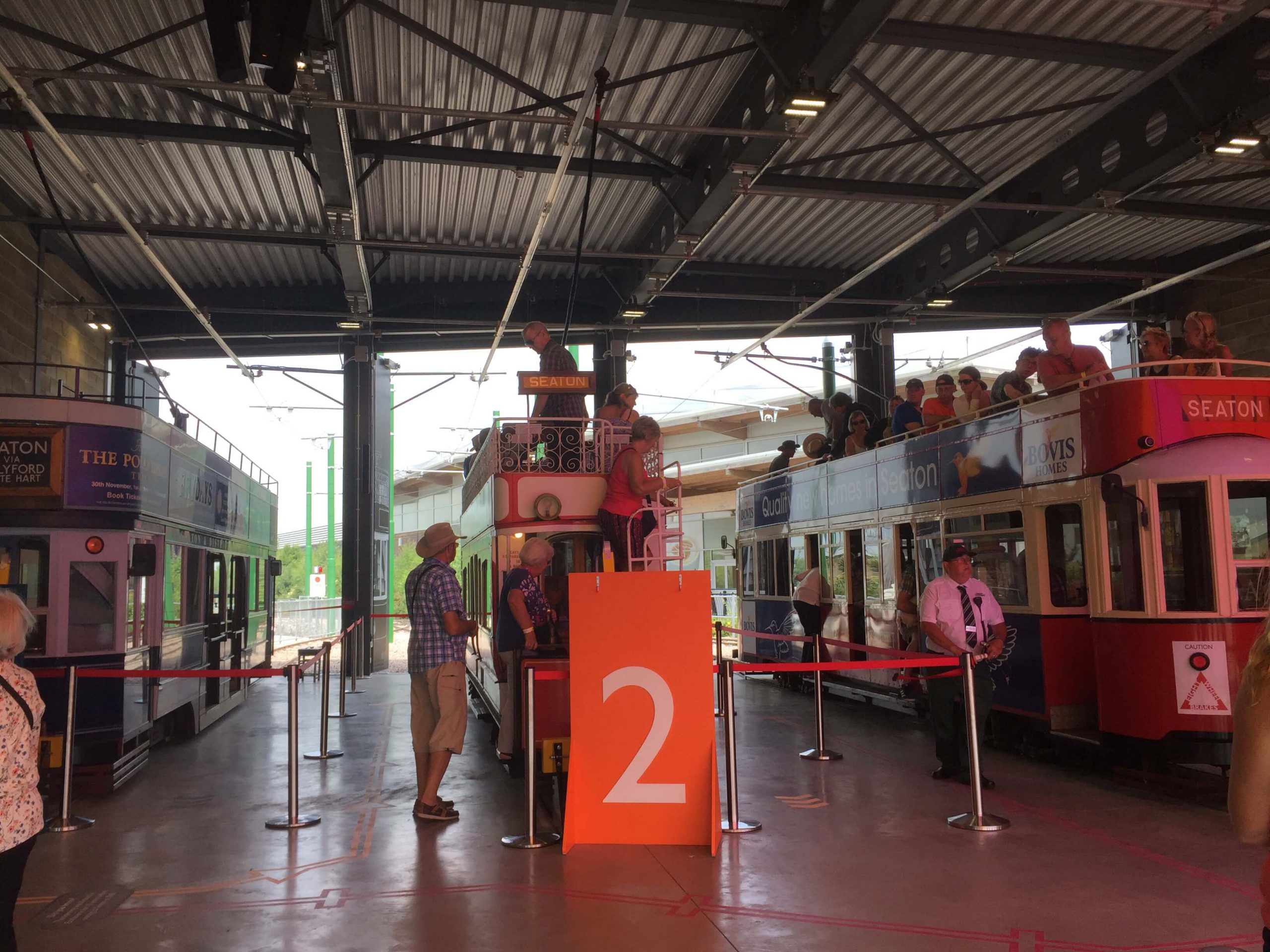 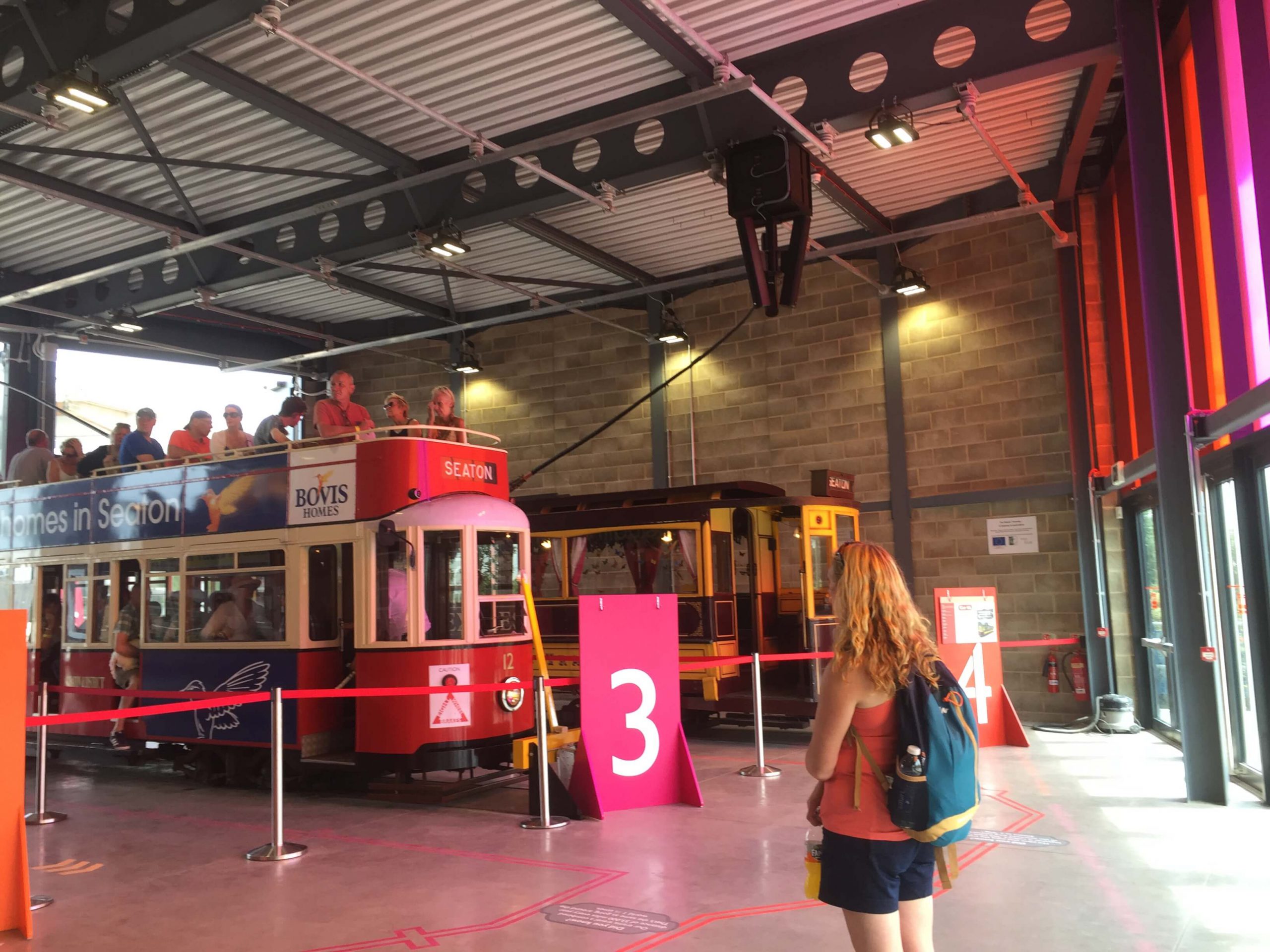 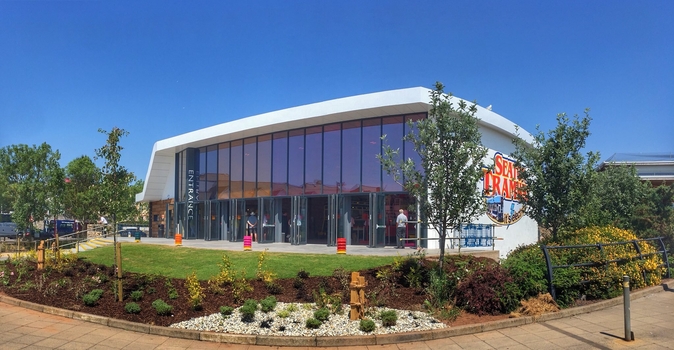 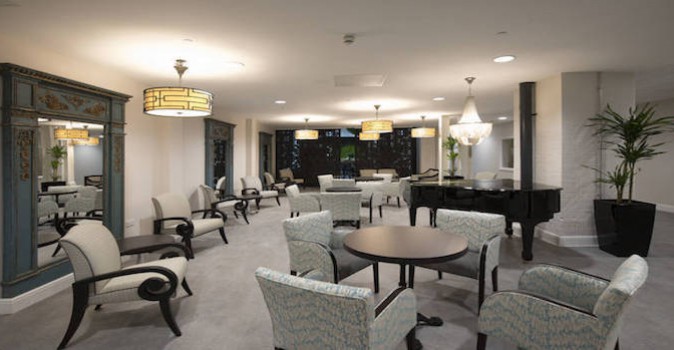 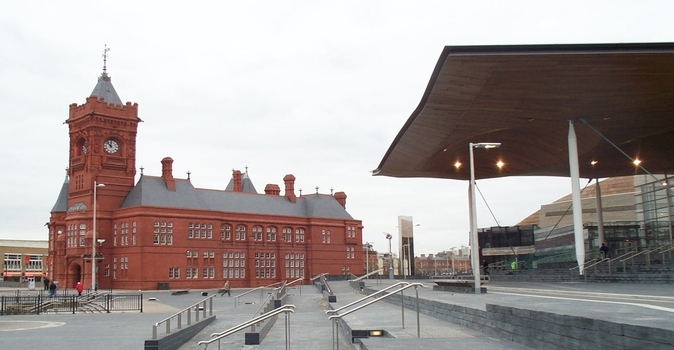