Capel Gellimanwydd dates back to 1782, making it the oldest chapel in Ammanford. It was rebuilt in 1836 and extended in 1865, before a vestry was later added in 1882. Welsh is the primary language used for services and events at this popular worship venue, which boasts a healthy congregation of all ages.

Vaughan Sound was directly appointed following extensive previous work at places of worship across South West Wales. Gellimanwydd required a range of new audio-visual systems to bring it into the 21st century and significantly enhance its offering. All equipment needed to blend seamlessly into the chapel, whilst not detracting from the beautiful interior of this stunning example of 19th century architecture.

The chapel now benefits from LED lighting for performances, including choir concerts, enactments and recitals. A range of slim pars provide a smooth wash of vibrant colours, whilst RGBW zoom fresnels deliver high performance light output from the balcony to the stage below. All lighting is managed via an intuitive, easy-to-operate DMX controller.

For audio reinforcement, Vaughan Sound has supplied a pair of 10” cabinet loudspeakers and floor mounted stands, which can easily be removed from the stage area and stored when not in use. Combined with a powered mixing desk featuring eight microphone channels and control of up to 12 inputs, the mixer is located out of sight in the AV cabinet in the corner of the chapel.

Facility and loudspeaker panels were also installed by Vaughan Sound at the cabinet, stage and Sedd Fawr (big seat) positions, including all necessary patch cabling. The sound system is ideal for speech, vocal singing and music reproduction throughout the ground floor of the chapel.

Two 60” LED displays have been mounted on the balcony, either side of the stage. These act as superb visual aids, taking HDMI/VGA/Audio feeds direct from the onsite PC to show vivid supporting images and videos. The inputs are controlled by a simple presentation switcher.

Vaughan Sound has delivered integrated systems that have wowed guests, visitors and worshippers to the chapel. Remaining conscious of the aesthetics and age of the building, our team successfully designed and installed leading audio-visual, sound and lighting equipment to ensure that Gellimanwydd is the most technologically advanced Welsh Non-Conformist chapel in the region.

An extract from the Tyst (the Union of Welsh Non-Confirmists’ newspaper) later wrote: ‘Adnoddau Rhagorol (Excellent Resources) – Most meetings were held at Gellimanwydd Chapel which is now in its new form. This was a very suitable location for our meetings due to the excellent resources in terms of parking, building and technology. Recently the chapel has been refurbished stylishly by building a low-level stage. Two large TV screens were placed either side, numerous electrical points, lighting and sound system of the highest quality were installed. This refurbishment is a credit to the Minister and members and an excellent example of what can be done with a traditional building.”

It didn’t take long for the venue to put its new AV systems to the test, as Edwyn Williams noted shortly after project completion: “The Union of Welsh Non-Conformists are holding their annual conference at the chapel and we had our second performance tonight. [This included] choir, singing group, recitation, sketch as well as video clips and photos on the screens. Everyone was very pleased with the new setup, especially the Secretary of the Welsh Non-Conformist chapels.”

We can guide you through all you need to know about Church And Place Of Worship AV systems.
Our designers and engineers are on hand to discuss your requirements.
Call us today on +44 (0) 1554 740500 or start a project and let us know your requirements. 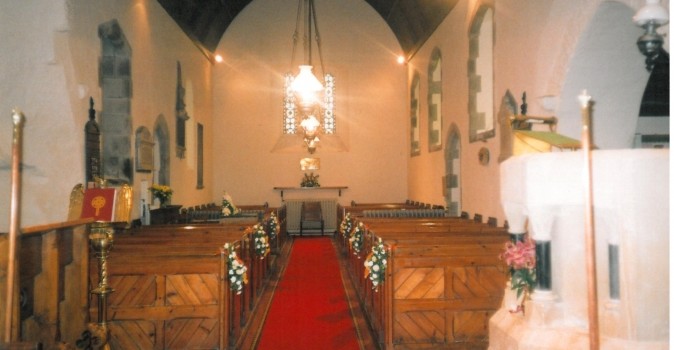 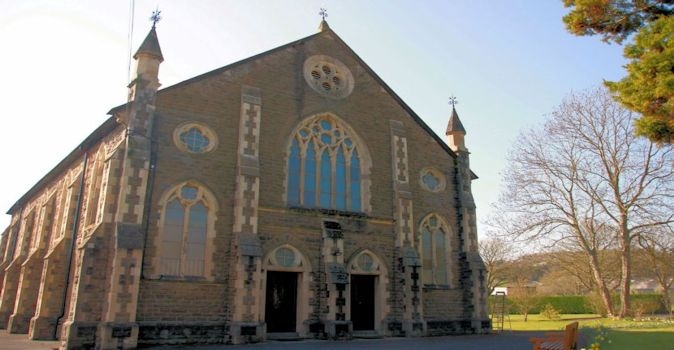 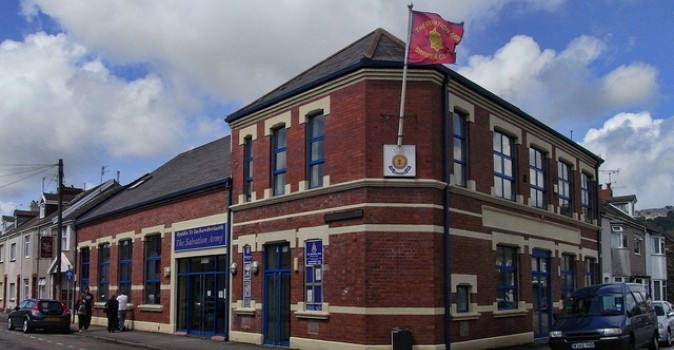